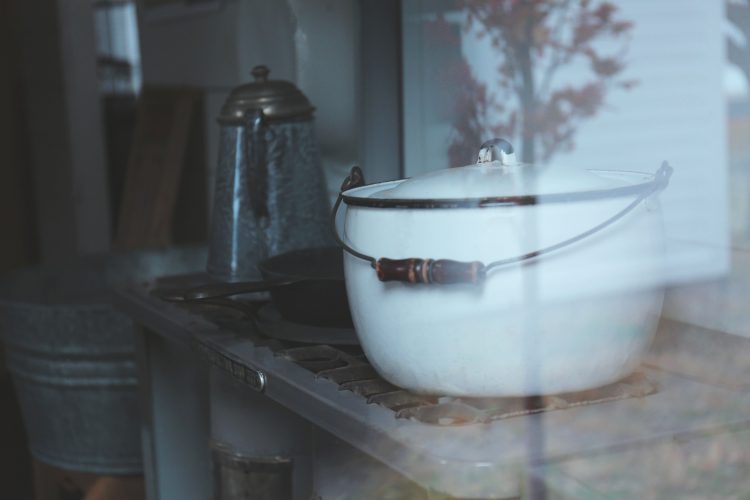 Sous vide is a new vocabulary that has made it into households recently. Even Marge Simpson has used sous vide, to ‘cook thanksgiving turkey in a trash bag’! (For the Simpsons’s fans, it’s from the episode The food wife.

Sous vide is a French phrase for ‘under vacuum’, which means cooking food in a vacuum-sealed plastic bag under low temperature for an extensive time. Even though it became popular amongst French chef as early as the 1970s and adopted a French name, there are stories saying that it was in fact a technique developed by NASA to aid cooking in space. It has long since been used in professional kitchens, but more recently has become popular at dinner parties thanks to the launch of numerous household tools and gadgets.

To cook ‘sous vide style’, the food which is typically meat and fish, is placed in a plastic bag and vacuum-sealed. It is placed into a water bath with a controlled temperature lower than conventional cooking, typically around 60°C. The cooking time could be anything from a few hours to several days. A benefit of this method is how it provides better heat transfer into the core of the meat. As a result, meat from sous vide cooking is often more succulent and tender. The trade off however is that it is not always as flavoursome. The extra roasty flavour of meat is sometimes lacking because the low cooking temperature prevented the browning of meat (Maillard reaction) from happening.

The science behind the succulence and tenderness

Tenderness is a balance in between denaturation of collagen in connective tissues and muscle fibres. When the meat is heated to between 50°C and 65°C, collagen fibres shrink and cause toughness. If the cooking time is extended, like in sous vide cooking, the collagen starts to denature, gelatinise and tenderise the meat. The muscle fibres behave in a different way. They shrink extensively with high temperature, causing toughness. The best way to keep muscle fibres tender is to cook at a lower temperature.

Apart from the obvious reason that the juice is sealed within the bag without evaporating, some structural changes are also accountable for juiciness. During the heating process, the muscle fibres shrink in both diameter and length, and fluids are expelled. The gradual rise in temperature in sous vide cooking can minimise the shrinkage of the muscle fibre diameter. Low temperature cooking also reduces the contraction of the fibre length. Collagen also contributes to the succulence. Juice is withheld in the gelatine when collagen denatures during a prolonged cooking time.

Various heat-stable enzymes in meat also take part in keeping the meat tender and juicy in sous vide cooking. These enzymes stay active at low temperature cooking. They break down collagen and therefore gelatinisation and tenderisation.

Sous vide is certainly a good way to cook future lab-grown steak. There are also advantages of lab-grown meat over conventional meat in terms of mouthfeel.

PH and oxidative stability of tissues change drastically post-mortem. Enzymatic activities which cause shrinkage and water loss are linked to these alterations in cells. Supplement β-agonist is also causing shrinkage by increasing enzymatic activities. It is used to increase muscle gain of cattle. Supplement vitamin D3 however, has been used to improve tenderness and juiciness by weakening muscle fibre structures. One of the advantages of lab-grown meat is, certainly there is no post-mortem like slaughterhouse and therefore no alteration in the cellular conditions. Scientists could investigate the optimal culture medium and combinations of supplements, to provide the tissue with the most stable physiologic statutes. The meat could even be emerged in culture medium in store before it is purchased.