From Japanese restaurant to Bioreactor Seaweed the versatile biomaterial 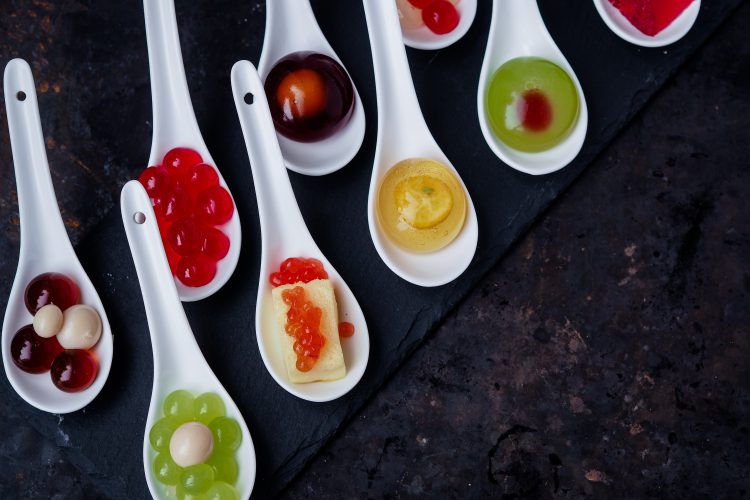 When I started my vegetarian diet some time ago due to personal reasons I initially found it hard to forget meat. I used to be a meat lover and eater, but my new vegetarian diet was not turning me into a meat hater. It has the opposite effect and I began to love meat even more, owing to the fact that I couldn’t have it. I missed the taste so much that I decided to do some experiments in my kitchen.

I started with adding marmite in Borscht, because it is known to have a strong beefy taste. After all the trials, I concluded that less than half a teaspoon of marmite would give a HINT of beef. More than a teaspoon would turn the Borscht into those crisps with lots of MSG I used to eat when I was a small kid. Absolutely OVER THE TOP.

What is in marmite that makes it taste so meaty?

Marmite is a yeast extract, which is consumed as a spread on bread, like jam or peanut butter. Despite being nutritious, people either love its taste or hate it. A similar product exists in Australia called Vegemite. Yeast extracts have in fact been added to sachet gravy to enhance the meaty taste.

Where exactly is that taste from though?

The links in between meat flavour and yeast extract have been studied for decades. What we know already, is that the amino acids, sugars, fats and vitamin B from yeast can act as meat flavour precursor. Meat flavour precursor is changed into meat flavour compounds by reactions such as Maillard reactions, lipid oxidation and thermal degradation during cooking which lead to a meaty taste. Yeast carries out reactions which produce some meat flavour compounds by fermentation instead of cooking. Manipulation of these reactions by different procedure details results in various meat flavours. For example, chicken flavour is produced by the initiation at 50-50 for 45 minutes at constant pH with salt, followed by a few steps of degradation at several pH.

Apart from meat flavour, yeast extract also gives an umami taste. Umami has always been named the fifth taste apart from savouriness, sweetness, bitterness and sourness. It is an abstract idea, when some people refer it as freshness, some refer it as fishy or meaty. Many researches pointed out that the umami is related to the presence of glutamate from amino acid source, similar to MSG but not exactly. And yes, yeast extract contains plenty of that.

Future burger brand – Impossible burger also uses yeast in the manufacturing process and added it in the product. Their burger is famous for the addition of plant-source blood, leghemoglobin, to resemble the taste and aroma of meat. The leghemoglobin is synthesised by yeast. These yeast cultures also produce 46 yeast proteins, which end up as yeast extract for the taste in the burger. Beyond meat which has received investment from Bill Gates also used yeast extract as natural flavouring in their products.